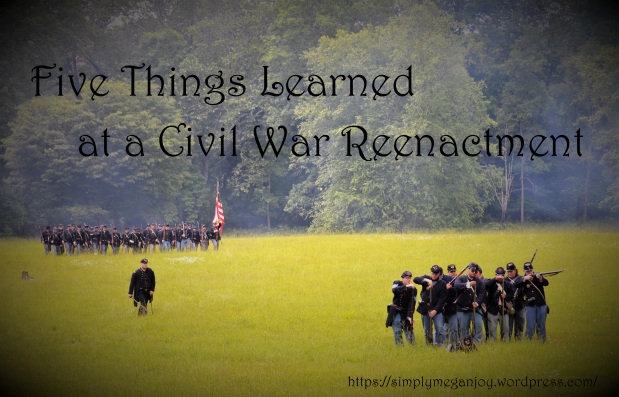 If you’ve ever attended a Civil War reenactment, you’ve probably seen the rifles, cannons, tents, and hoop skirts. It’s like stepping into another world of the past. But recently, I was able to experience it like a true reenactor because. . . 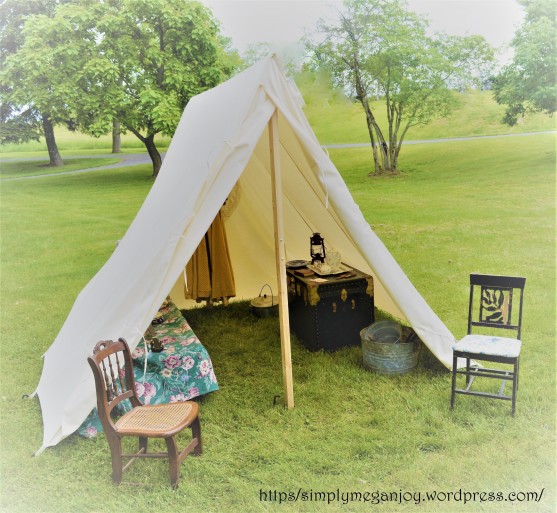 I now own a tent! 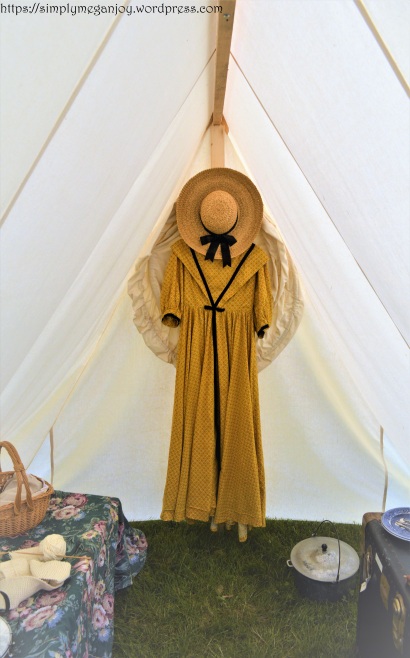 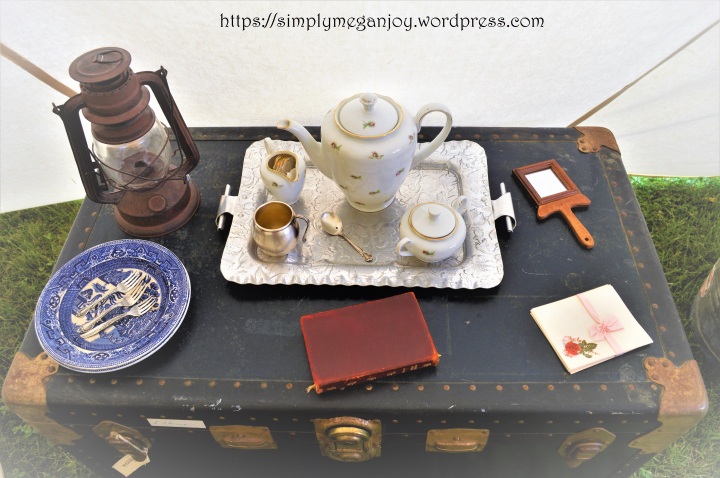 Along with having a tent is the necessity of knowledge and experience about such things. Unfortunately, you don’t have this knowledge or experience until after you’ve attended multiple reenactments and have learned as you go. I’ve certainly learned a lot from my latest reenactment. Here are five things I learned at a Civil War reenactment being a rookie participant.

1)     When pitching your tent, it’s best to know which way the wind is blowing.

Explanation: When we arrived at the Civilian’s camp, there was a large bit of land across from many other tents and a cooking fire. The fire burns all day to boil water, bake bread, cook, and is there for anyone’s use. What I hadn’t known was that I had staked my tent directly in line of the smoke trail from the fire. All weekend, it burnt our eyes, made us cough, and blew ashes and sparks into the tent, hence the empty plot of land that nobody had wanted for those reasons!

2) Get accustomed to people taking your picture.

Explanation: Being dressed up and doing living history in public means that people are going to take your picture. Some are so kind as to ask permission politely and sometimes little kids come up and stand next to you and smile. Others, on the other hand, don’t ask. They either get out their phone and tap the screen a million times, or they pull out a huge camera with a lens seven feet long. Then they stand in front of you from 5 seconds to 5 minutes taking your picture. Some will even instruct you how to pose while others catch you when your bonnet flies away with your hair in a mess.

Explanation: As the battle reenactment occurs, you watch from afar with many other viewers. You must learn to bite your tongue when someone behind you begins “explaining” to their friend that the Battle of Gettysburg was the Japanese fighting against the Americans (yes, I actually heard this one). You may also hear questions among others like:

“Where are their tri-cornered hats?”

“Did the soldiers hide behind all those monuments on the battlefield?”

“Did the British win the Civil War?”

Explanation: People like to complement those dressed in historical clothes, so you must get used to replying, “thank you” when someone pronounces a quite common statement such as – “I love your dress!” Not that I’m complaining, it’s just something I’ve learned. The last time this happened to me I was watching my brother in the battle about to be shot (pretend, of course!) and a woman tapped me on the shoulder to say how much she liked my dress. After I said, “thank you” and eventually turned back to the battle, my brother was already down in the grass! I had missed the whole thing!

Explanation: If you’re in ear range of where the men gather around the fire to talk, you’re bound to hear a few words that may not be very, um, nice. . . so, it’s just better not to listen too carefully to their conversations.

There are five things I learned at a Civil War reenactment! 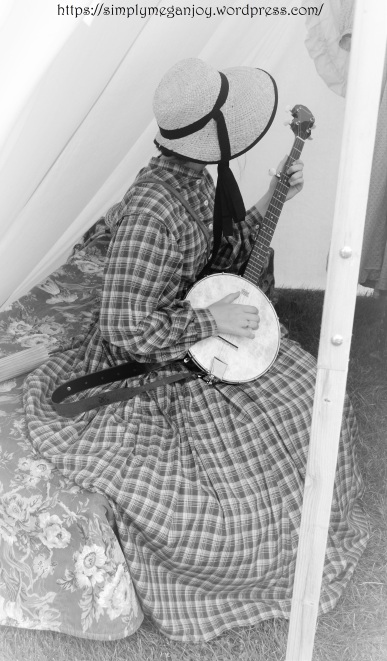 Have you ever been to a Civil War reenactment?

Have any of these things happened to you?

I found this photo of my great aunt a year AFTER I'd taken the photos of me, and I can't stop thinking about the similarities. I was even wearing my grandmother's (my great aunt's sister's) sweater and necklace at the time 😊
👀 Don't get me wrong! I know there are tons of antique treasure to be found in here if you spend enough time searching. I even bought some things: a civil war lantern and a 1950s skirt.
I'm only passing through on my way home...🧭