If you remember, in “Anne of Green Gables: The Sequel” Diana Berry wears something like this; a white blouse and a creamy off-white skirt. The outfit is plain and simple, yet glorious in all its splendor! I wanted to recreate the outfit, so I gathered some of my Victorian things to piece together.

Diana wears another off-white dress in the cow scene!

I however, chose not to venture out into a muddy field for a photoshoot, so this will have to do!

Anne also wears something like this in a scene with Gilbert.

underskirt // sewn by me 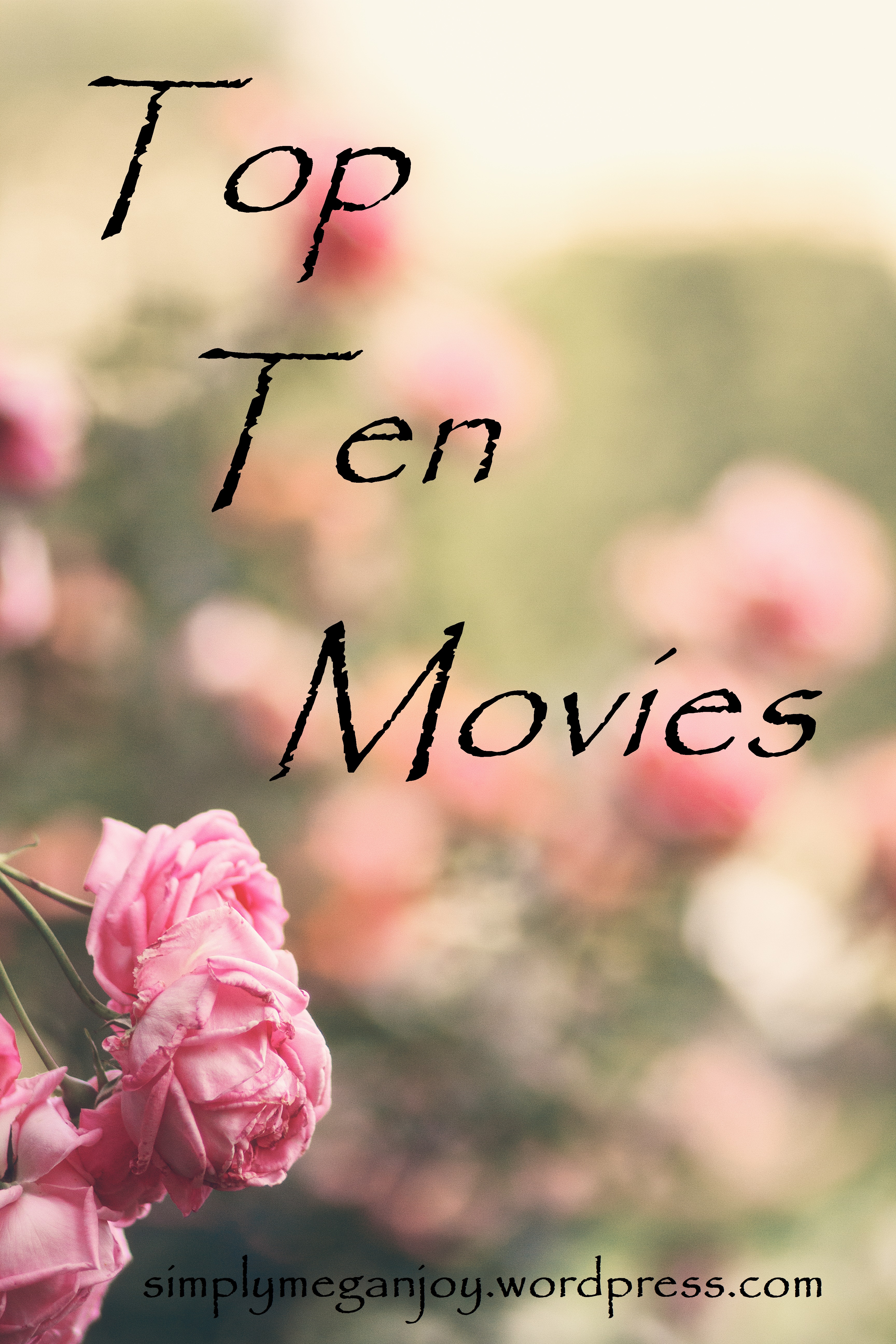 Some movies are funny, others are meaningful. Some are full of adventure while others are bursting with songs. Whatever the case, movies are one thing we can look to when we want to explore another world, another time, another place. Films are such a powerful tool. They can make us have a dozen different feelings and let us think about hundreds of different things. Movies take us to the places we want to go when we are confined to our own world. For an hour or two we can live inside a fairytale or voyage to a faraway land. The possibilities are indeed endless. That’s why I love movies that are not only fun to watch at the time, but actually impact my real life. So here is a list of my favorite ten movies beginning with number ten!

(Warning! I may add a few “fun facts” being a crazy fan of all these films. If you don’t find them as fascinating as I did: sorry.)

Set in 1916, this movie is based on the true story of the Drexel-Biddle family of Philadelphia. It received an Academy Award for costume design; more than 3,000 costumes were required for the film. This is also the last Disney film in which Walt Disney had direct involvement, as he died during the production.

Adapted from the P.L. Travers’ books, this movie is a Disney classic, receiving 13 Academy Award nominations. It would be hard to find someone who has never heard of Mary Poppins as it is thought of as possibly the greatest Disney film ever made. Walt Disney attempted to buy the story rights from Mrs. Travers back in 1936, but was rejected by the author because she believed no one could live up to her book.

Another Disney film, this time set during the late California Gold Rush. This western comedy has everything one would hope for, jam-packed in 100 minutes. There is one scene in which Tim Conway and Don Knotts create the most hilarious improvisational skit, made up completely on the spot. It is said that while shooting the scene, many of the crew members had to leave the soundstage because they were laughing too loudly.

This is the most recent adaptation of the original Broadway musical first performed in the 1950s. You have to listen to the song lyrics closely to hear the best parts of the movie. The original film included Robert Preston, Shirley Jones, Buddy Hackett, and Ron Howard. If you love musicals, humor, and Broadway, the 2003 version is just for you!

6. The Horse in the Grey Flannel Suit

Based on the 1955 book by Eric Hatch, this film is especially for horse-lovers. It’s about a girl who wants a horse of her own and gets one (I know, cliché and frustrating for us horseless horse-lovers). Dean Jones, a favorite actor of mine, plays the girl’s horse-allergy inflicted father. Jones was known for his pretend sneezing and also used that skill in 1965 for Disney’s That Darn Cat, co-starring Haley Mills.

5. Just Around the Corner

This is my favorite Shirley Temple film. Set during the Great Depression, Shirley Temple plays the daughter of a wealthy architect. She comes home from her girls’ school to find that her penthouse is now inhabited by another family, and her new apartment is now the basement. The slump in business has caused her father to lose nearly everything. In one scene, Shirley gives a little dog a bath. In reality, it’s her own dog, Ching Ching. Shirley charged the studio a total of $7.50 to use her dog in the film as an extra. She was certainly a good business woman!

This Disney western tale has an amazing cast. Jim Dale stars as all three main characters, Eli, Wild Billy, and Old Man Bloodshy. It’s the story of two twins racing to win their (supposedly deceased) father’s inheritance. Don Knotts and Darren McGavin appear together again in this film, the first time being in No Deposit, No Return, 1976. One of the two trains used in this film is today on display in Disneyland in California.

Adapted from the Frances Hodgson Burnett classic, this film holds some of the most magical scenes. The costumes, the acting, the cast, the story, the score, and the cinematography are put together perfectly to create the chronicles of Mary Lennox, an orphaned girl sent to live in her uncle’s mansion in Victorian England. She soon becomes aware of her crippled cousin, steals a mysterious garden, and combines the two in order to bring happiness back to Misselthwaite Manor.

Taking place during and after the American Civil War, this is the story based upon the Louisa May Alcott book, Little Women. The four March sisters are growing up without their father who has gone off to war. The enchanting and heart-warming/wrenching tale brings history to life, causing the viewer to embrace the March sisters’ world and all its plights. This movie holds the most powerful score, it melts my heart whenever I hear it, time after time.

Here we are: #1! This one wasn’t too hard to guess, was it? Anne of Green Gables and its sequel were based on a book series by Lucy Maud Montgomery. For those who don’t know the plot, (probably nobody) Anne, a red-haired and ambitious orphan is accidentally sent to live with Marilla and Matthew Cuthbert on Prince Edward Island. Even after she creates much havoc and breaks a slate over a boy’s head at school, the Cuthberts allow her to stay for good. The movie continues until Anne is sixteen, and later picks up in the sequel a few years later. This movie has been my favorite ever since I first watched it over a decade ago. It transports special feelings right off the screen and into my heart, letting me enter into the magical world of Anne. It has changed the way I think about the past, present, and future, and will forever be something special that I want to share with everyone!

What are your favorite movies?

Who is your favorite actor/actress?

Which of the movies on my list have you heard of/watched before?

I found this photo of my great aunt a year AFTER I'd taken the photos of me, and I can't stop thinking about the similarities. I was even wearing my grandmother's (my great aunt's sister's) sweater and necklace at the time 😊
👀 Don't get me wrong! I know there are tons of antique treasure to be found in here if you spend enough time searching. I even bought some things: a civil war lantern and a 1950s skirt.
I'm only passing through on my way home...🧭