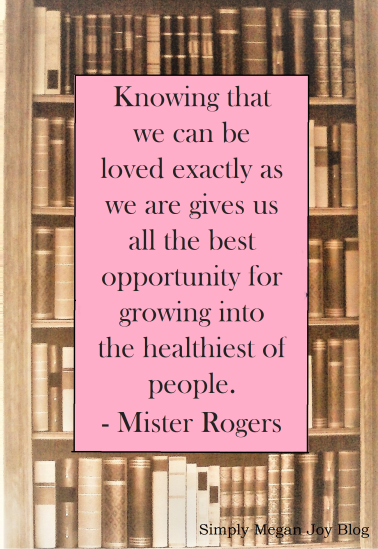 Fred McFeely Rogers, more commonly known as Mister Rogers, was an American television host of the 33 year-long running children’s show, “Mister Rogers’ Neighborhood” which aired for 895 episodes. He taught his viewers so many important things about life, the world, and how to live in it. His kindness towards people, especially children, made an impression in millions of lives, making his viewers feel special and loved. He explained to children things like divorce, bullying, disabilities, and death in a way that would help them cope with these things with a positive viewpoint. I consider Mister Rogers the most impactful person in the history of television. I grew up watching his show, and still today I enjoy watching it when I can!

The idea that we all can be loved just the way we are wasn’t exactly new when Mister Rogers first introduced it in his show. Since Rogers was also a Christian and a minister, he took that idea from the Bible and incorporated it into his show’s content.

Romans 5:8 says, “But God commendeth His love toward us, in that, while we were yet sinners, Christ died for us.” KJV

It means that God loves us even though we have sinned and He will continue to love us no matter what. We don’t have to live in a certain place, look a certain way, or do certain things like do good deeds and give money away for God to love us. He loves us just the way we are.

Have you ever watched “Mister Rogers’ Neighborhood?”

What do you think about God’s love for us?